I have been doing some research on NatureMap which is a mapping tool that DPaW produce containing information on flora and fauna observations throughout Western Australia.  I found a new location with recent sightings in Hollywood Reserve in Karrakatta.  Its only 5-6kms from the CBD, quite close to Kings Park and backs onto Karrakatta cemetery.

For the past year or so I have been a member of the WA Naturalist Club – before you ask, NO – not Naturist 🙂 but we do look at wildlife who don’t have any clothes on!  I have met a number of really interesting people who also have a love for the natural world.  Anyway this is my way of explaining where I met Maureen who wanted to come and spotlight with me.  I also invited my mum and Maureen’s husband John joined us.

We had a beautiful evening, dry, not too cold without a moon – all good signs for wildlife watching.  We were looking for Common Brushtail and in some areas of Perth they can be fairly common.

We met up at the reserve and we immediately saw a possum climbing up a large pine tree.  We also saw a few bat and nest boxes that have been installed in the reserve.

We then saw a couple of other possums that didn’t allow us to get very close.

We also saw quite a few ground spiders.

We didn’t realise the pair above we was a Mum and bub until we looked closer at the photo – cute! 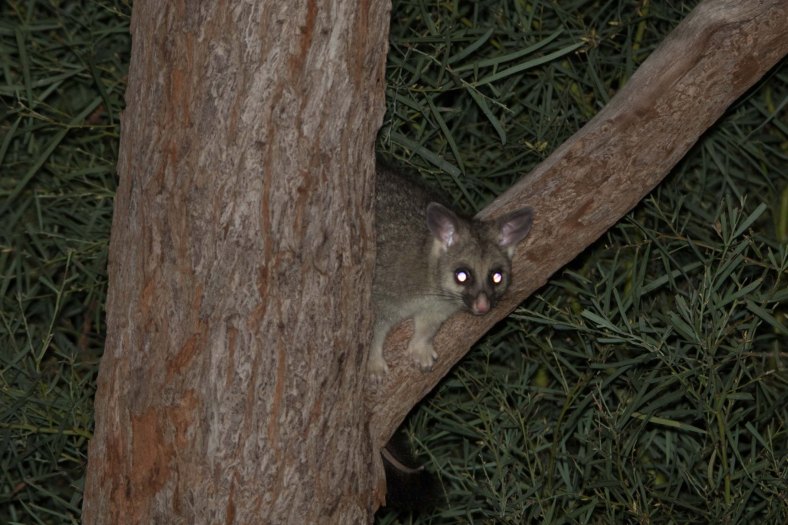 All up in the reserve we guess we saw about 8 possums – they seemed more skittish than the ones I had previously seen in Gosnells.

At the end the evening we noticed this bat box and then when we looked closer could see a dead bat in it. 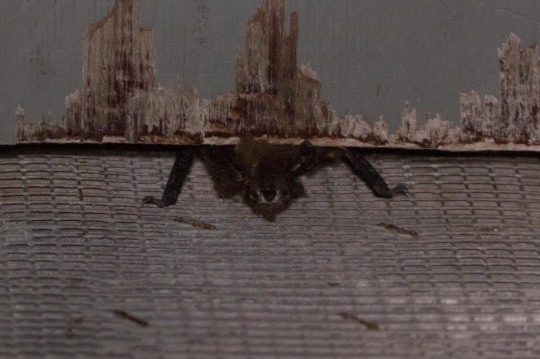 I asked a local bat expert his opinion and he thinks it might be a Gould’s Wattled Bat but he can’t be certain.